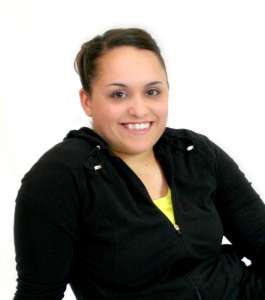 She began her athletic education at the tender age of 3 on the mats of Klamath Gymnastic Academy under the tutelage of Founder Scott Cullen– and continued her training here for 11 years.  A talented athlete and gymnast, Stephanie made it to Regionals as a level 7 optional gymnast before deciding to retire from gymnastics competition to pursue other interests.

Growing up in Klamath Falls, Stephanie participated in many sports and activities such as Softball, Ballet and Music.  She lettered in track and Cheered for Mazama High School and Oregon Institute of Technology.  She holds an Associates of Arts and Sciences in Applied Psychology from Brigham Young University as well as a Bachelor’s Degree in Applied Psychology from OIT.

At home she is a wife and mother of two children Melanie and Johnny.

She has been coaching since 2000 and has been the head coach of Klamath Gymnastics since 2007.  When anyone remarks about Steph’s coaching talent, she always responds “Scott has taught me everything I know”.  Stephanie is Safety Certified by USA Gymnastics, Preschool Gymnastics Certified and is a USAG professional member.  She teaches from Preschool to Competitive Team and everything in between. Steph believes that what they teach goes far beyond teaching someone to do a cartwheel.   See our mission statement for more information about Steph’s direction for Klamath Gymnastics. 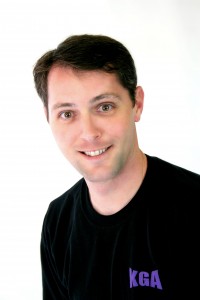 Originally from Southern California, John and his family moved to Klamath Falls as a teen.  He graduated from Klamath Union High School and has also attended Lane Community College, Oregon Institute of Technology and Klamath Community College. John has Associates degrees in Science and General studies.

He is Safety certified by USA Gymnastics, is a USAG professional member and teaches Kindergym, Advanced Classes, Boys program, Tumbling and Team.  Class time is always Fun time when John is around!

Coach John has many talents.  He is a distance runner and participates in the annual Prefontaine and Snowflake Runs. John also was his wife Stephanie’s stunting partner when they served on Oregon Institute of Technology’s Cheerleading Team. He is also a huge fan of  U of O football. Go Ducks!

His hobbies are working on his 67 Ford Galaxy and enjoying family time with his wife Stephanie and children, Melanie and Johnny.